The project entailed converting an approximately 12,500 square foot building constructed in the 1960s or early 1970s as a preschool into a state-of-the-art cosmetology school.  The original structure used pre-engineering wood trusses to form the roof framing with a ceiling height of eight feet.  In order to modernize the feel of the interior of the building, the ceiling height was raised to ten feet.  Our scope entailed designing the modifications of the existing trusses to remove the bottom chord and reconstruct the trusses without impacting the roof line of the building.  In addition, the interior was opened by removing bearing walls, which required the design of beam systems to support the roof structure.  This also required a reanalysis of the lateral wind load resisting system of the building to ensure that the removal of interior walls did not result in instability of the building under wind loads.  The exterior was updated with the design of a new front façade with an updated entry and replacing the old asphalt shingle system with a standing seam metal roof.  The project was completed in 2013. 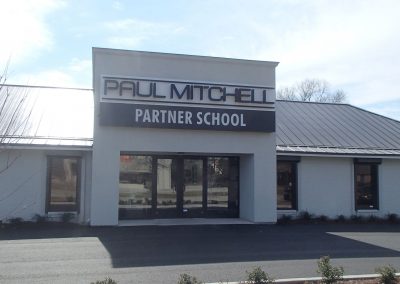 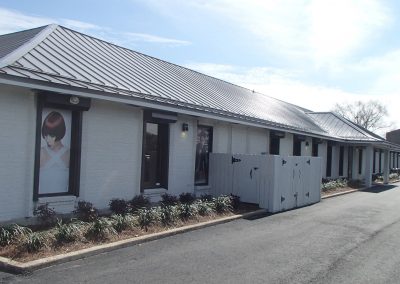 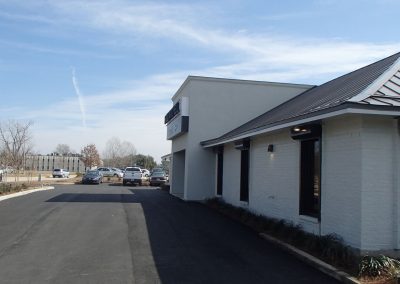 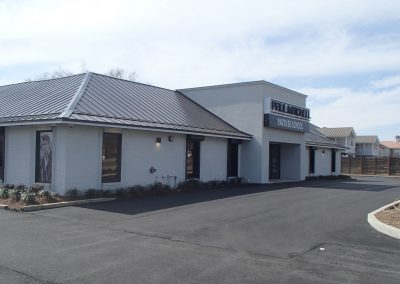 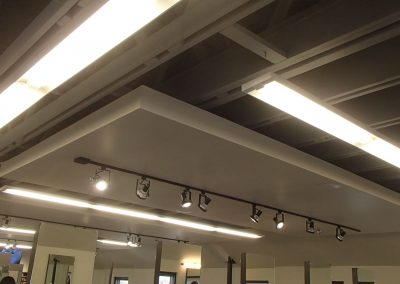 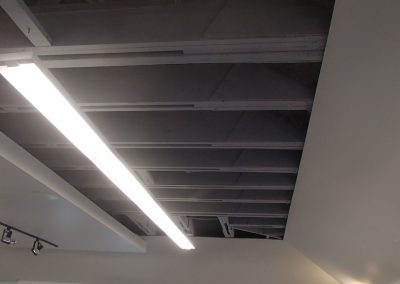 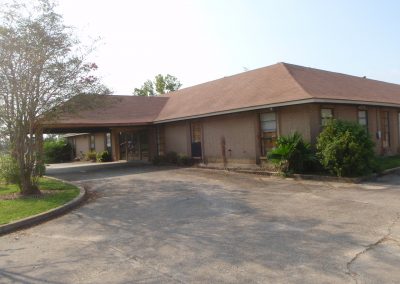 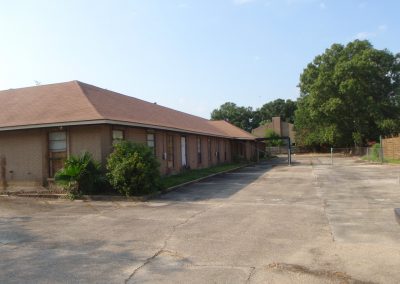 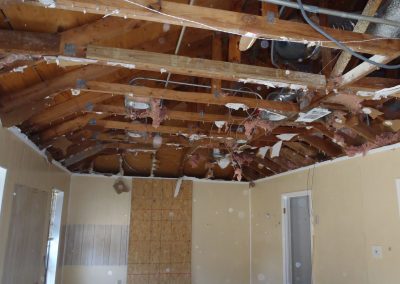 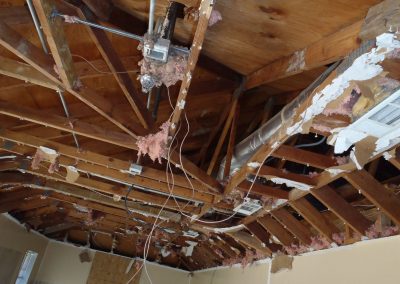 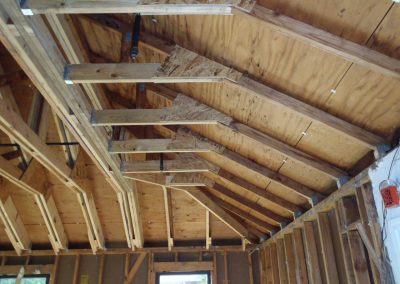 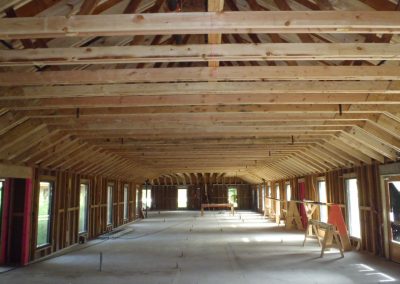 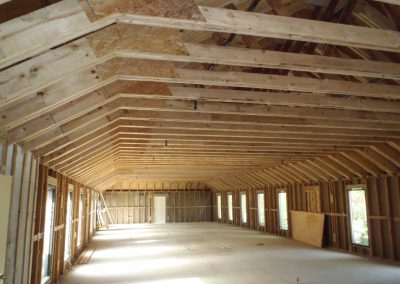 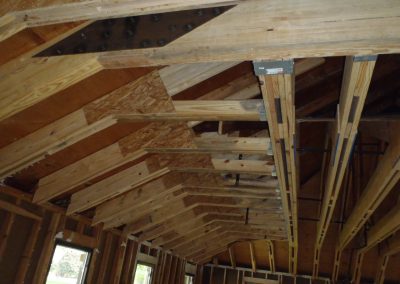