Olympia Stadium is a community football stadium owned and operated by BREC, the parks and recreation commission for East Baton Rouge Parish, that is used by several of the local high school football teams.  The stadium was originally constructed in 1970 as east and west stadium seating using structural steel frames to support pre-cast concrete seats.  Through the years, the original paint system on the structural steel degraded allowing the steel to start to corrode.  In addition, cracking in the concrete sections allowed water penetration to reach the rebar, resulting in rusting of the rebar with associated spalling of the concrete from the expansion of the steel as it rusted.  The initial scope of the project entailed performing a structural evaluation of the condition of the stadium to determine if repairs could be used to extend the service life of the facility.  We then developed the detailed repair designs for both the structural steel frames and the pre-cast concrete, including the development of specifications for the new coating system for use on the structural steel.  The project was completed in summer of 2018 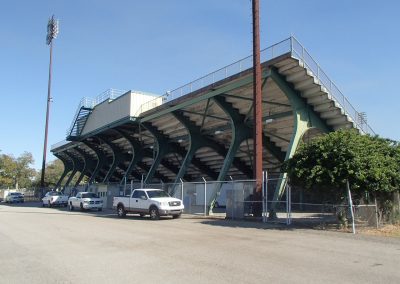 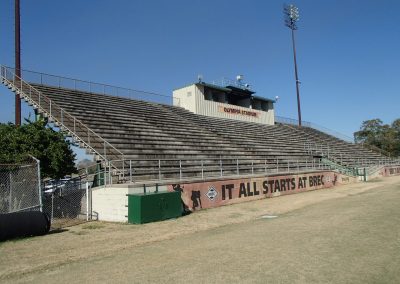 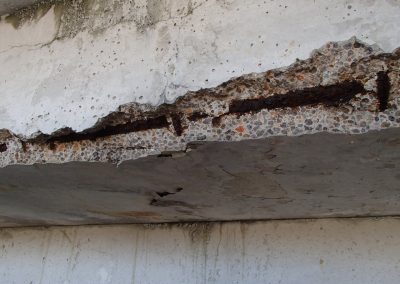 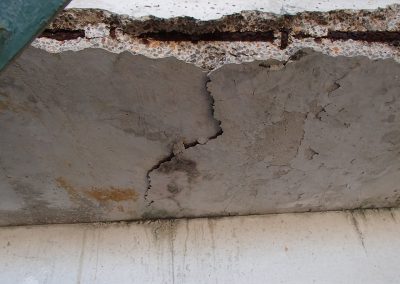 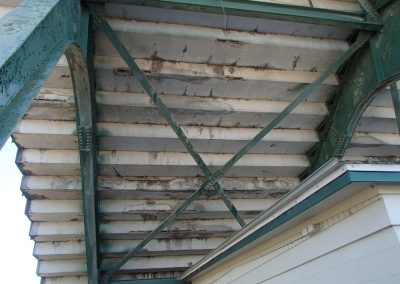 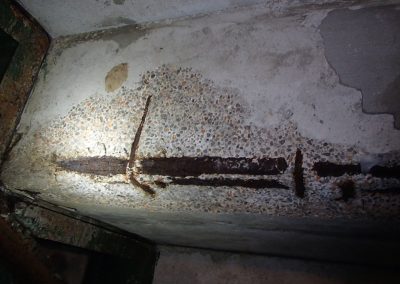 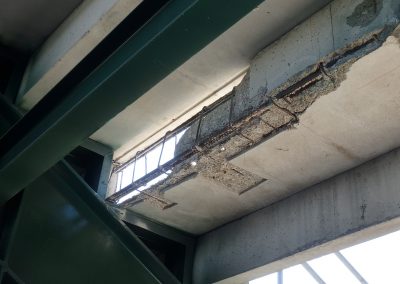 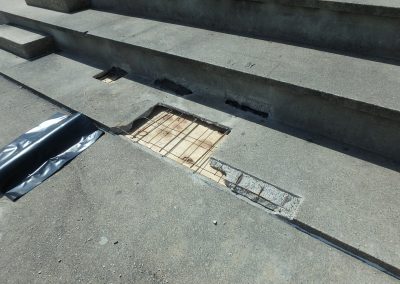 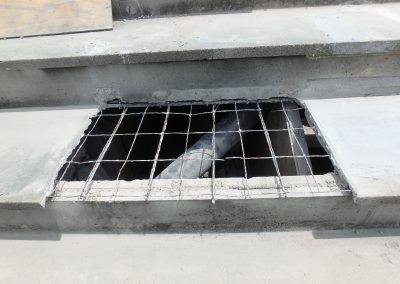 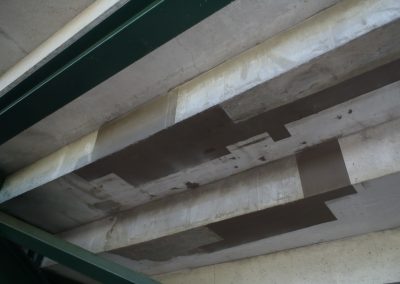 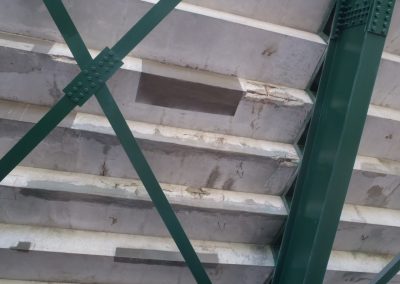 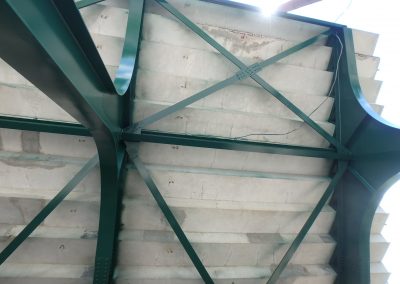 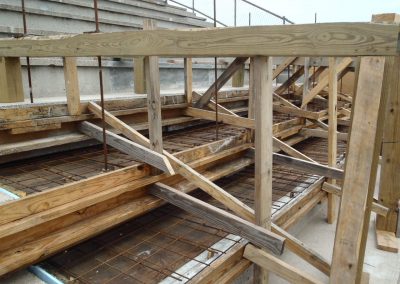 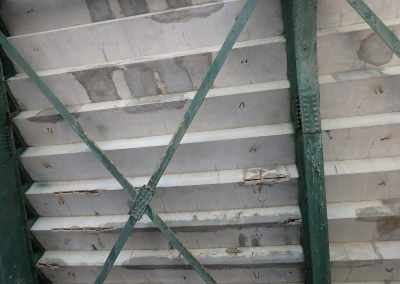 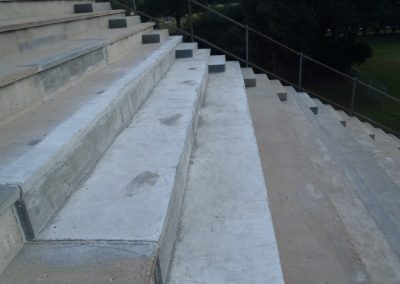