The project is a new middle and elementary school campus for the Central Community School System in Central, Louisiana. The campus consists of nine buildings: two two-story classroom buildings, two one-story classroom buildings, two one-story administration and support buildings, a cafeteria, a gymnasium and a band/lab building totaling 233,000 square feet. Our scope of work was the full structural design of the project, including foundations and framing. The particular challenge with this project was the end client’s desire to have large clear spans and residential style hip roofs on the classroom buildings. The classroom layout in the two-story buildings overlapped the one-story layout, requiring transfer of heavy loads over the open spaces of the first-floor classrooms. The buildings are constructed with structural steel frames supporting open-web steel bar joists for the second floors and a sloped-structural steel frame supporting open-web steel bar joists configured as rafters for the general roof framing. Some cold-formed steel over framing was used for the roofs over the classrooms extending from the side of the main roofs. The gymnasium building was the only building utilizing a more conventional bar joist system for a low-slope membrane roof. The foundation is a shallow-foundation system using spread footings for the concentrated column loads and a concrete slab-on-grade system with integral grade beams for the support of the general building loads. 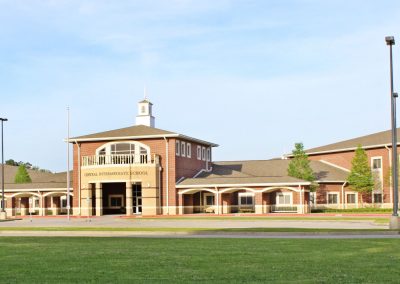 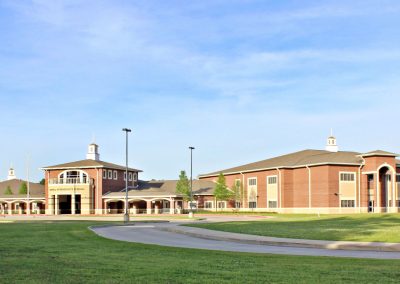 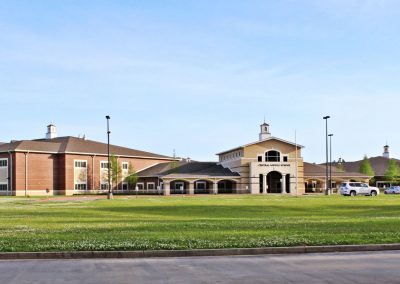 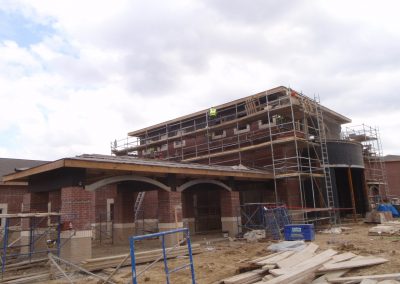 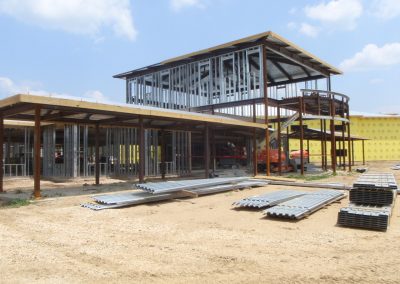 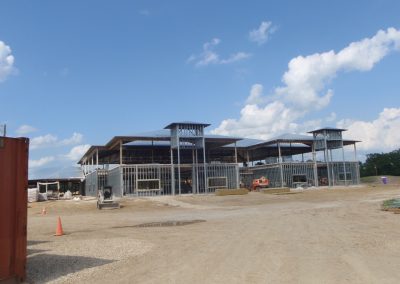 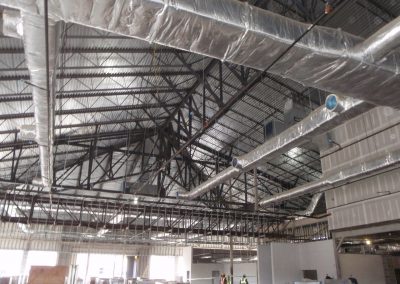 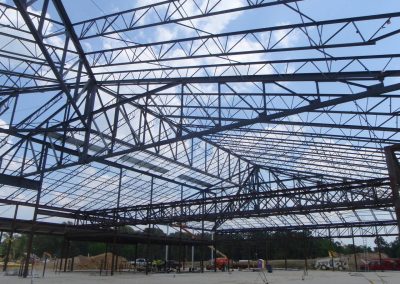 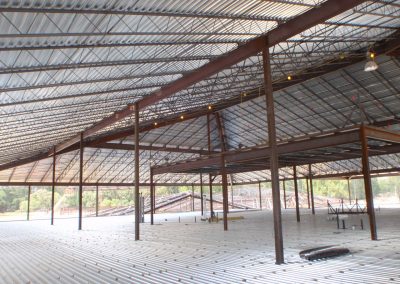 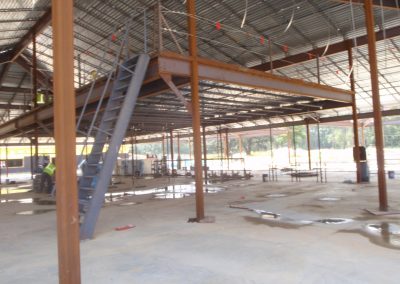 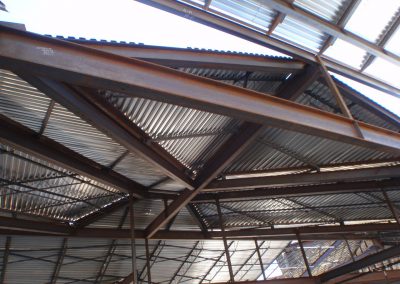 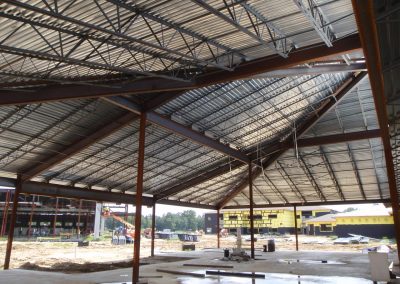 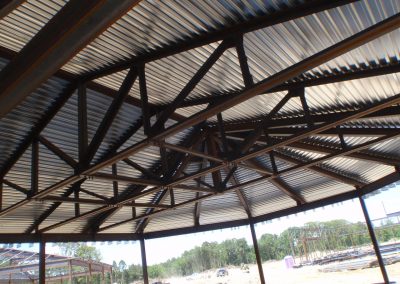