The project is a single story to three story building conversion in downtown Baton Rouge, Louisiana. Open floor plans for business and retail occupancies were developed on the first and second floor and the third floor was developed as a residential occupancy. Our scope of work was the full structural design of the project, including foundations and framing. Architectural features include two separate cantilevered portions of the second and third floors that overhang the sidewalk below. The structural design of this project also had to accommodate the neighboring tenant separation wall. Portions of the existing multi-wythe masonry walls remain in the new structure that were modified as needed to meet the architectural parameters. The superstructure for this project is a structural steel frame supported by a combination of existing masonry components and new steel columns. Lateral loads are resisted by wood shear walls at the second and third floors and masonry walls on the first floor. The floor systems are framed with open-web prefabricated wood floor trusses supported by the structural steel frame. Most of the existing concrete slab on grade foundation was utilized in the new design. New individual spread footings were provided for the concentrated column loads and continuous concrete grade beams were provided for the new first floor bearing walls. 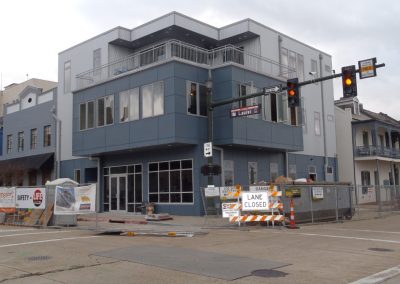 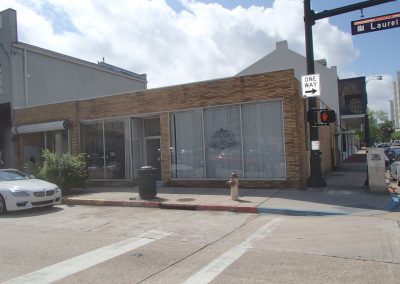 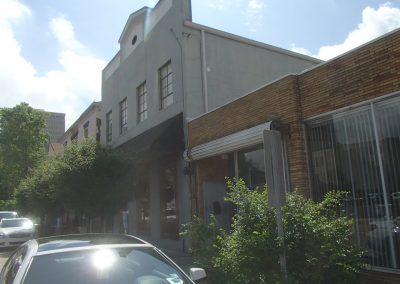 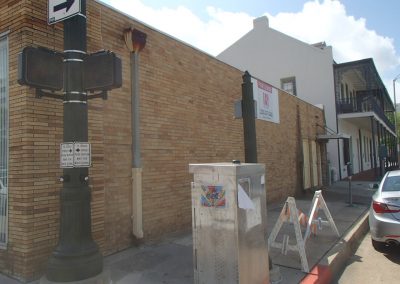